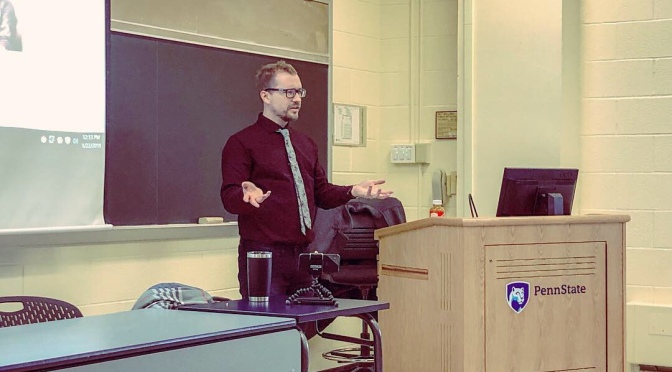 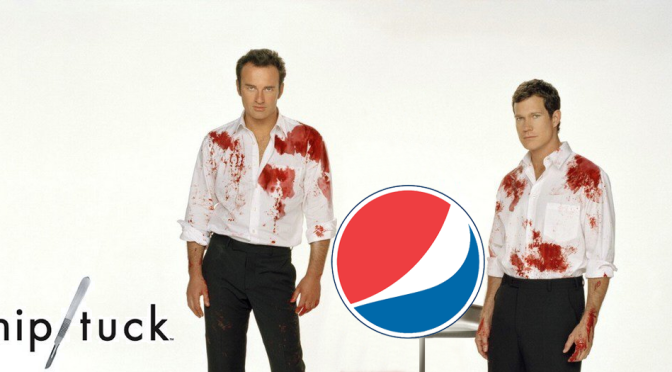 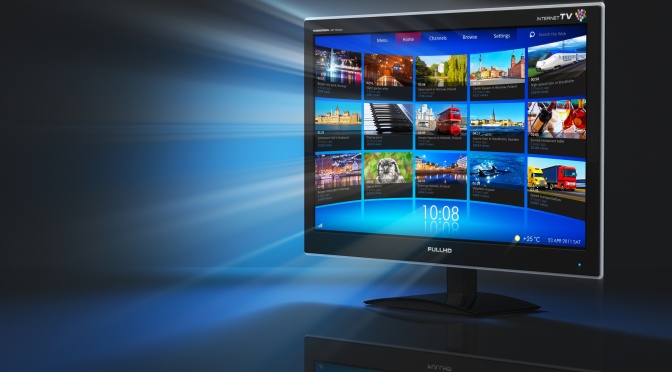 First let’s take a look at the playing field. we’ve got powerhouse Netflix. Then Hulu Plus. And Amazon Instant Video. And other services like Crackle, PlayOn, and Internet Apps from a variety of providers including Roku, Sony, Apple, Google, Samsung, Vizio, Boxee and more.

Note the very distinct difference between unlimited streaming like Netflix and video-on-demand (VOD) services like Vudu. An example: Warner Bros. recently announced  a deal to rent movies through social-networking behemoth Facebook. Many news outlets suggested this deal, through Facebook, would challenge Netflix. That’s dead-wrong. The deal, as it stands now, is video-on-demand. A charge per Warner Bros. movie –a version of yesterday’s pay-per-view — not unlimited streaming.

There’s a feeling you get when you graduate high school and head off to college. It’s a special kind of freedom that’s hard to describe. You can make your own decisions. Stay out late and do pretty much whatever you want.

That’s how Netflix is living. No cable-backed parent over its shoulder. Big Red’s got nothing holding it back. Though CEO Reed Hastings recently said he’s not competing with premium cable like HBO, I don’t believe him.  [Hastings has made similar comments in the past only to contradict himself later. Take his stance on original programming. Hastings said the company wasn’t in the business of original programming until Netflix gained exclusive rights to original series House of Cards in March of this year.]

Hulu, on the other hand, is still living at home. And its parents watch cable. Hulu is jointly owned by Comcast’s NBC Universal, The Walt Disney Co., News Corp. and global private equity investment first Providence Equity Partners. In the sale of NBC Universal to Comcast in late January, GE had to relinquish its decision-making power and 32% stake of Hulu. (See my media ownership post here.) The deal gave Comcast 51% control of NBC Universal, now labeled NBCUniversal (no space and no peacock). Previously, GE owned 80 percent. Prior to the sale, GE purchased the remaining 20 percent stake from Vivendi Universal. GE’s stake in NBCUniversal is now 49 percent, though according to USA Today the company plans to completely remove its shares over the next eight years.

With Comcast holding stake in Hulu, I don’t see how Hulu Plus will fully commit to Internet TV in fear of making cable obsolete. That is, if Comcast has anything to do with it.

Studios and cable companies still seem hesitant to enter the streaming game full-steam. In part because it threatens pay TV and also because nobody knows where it’s headed. Fear of the unknown. But the conversion is happening, albeit slowly. It will likely continue at that pace until we reach an Internet-TV tipping point.

Watch for studios to start their own services on a smaller scale. I predicted just last week that premium cable channels like HBO and Showtime would roll-out their own subscription-based offerings.

One week after my prediction, Time Warner announced the acquisition of movie-discovery service Flixster and Rotten Tomatoes, as well as plans to develop an expanded video service. Though no plans of including any HBO content, per the report. [HBO recently introduced HBO GO, an extension of its premium cable channel. It is free with a paid subscription to HBO and is not a stand-alone or even subscription-based offering.]

From the Business Wire release: Warner Bros. Home Entertainment Group will utilize the powerful Flixster brand and technical expertise to launch a number of initiatives designed to grow digital content ownership, including the recently announced consumer application “Digital Everywhere.” This studio-agnostic application will be the ultimate destination for consumers to organize and access their entire digital library from anywhere on the device of their choice, as well as to share recommendations and discover new content. The Flixster acquisition and “Digital Everywhere,” combined with the Studio’s support of the UltraViolet format are all part of an overall strategy to give consumers even more freedom, utility and value for their digital purchases.

I’d watch for more studios and content owners to explore options for skipping the middle man and becoming the means of distribution for their content.

studios like Disney, CBS, Viacom, and premium cable like Starz and Encore (both owned by Liberty Media Corp.) will all look in this direction. At first, simply to supplement their current revenue model.

Netflix is gaining a huge lead — the company just surpassed Comcast’s pay TV subscribers as the largest video-streaming service in North America –but in time there will be a number of subscription-streaming services. With overlap in content. For example, Netflix and Hulu offer some of the same programming or channels, while other programming is exclusive to the provider. Much like the DirecTV-Dish battle of today. (Or Netflix vs. Hulu Plus.) Only I see more competitors in the ring.

So, at that end-point, what will be the difference between pay TV and TV over Internet, other than the means of distribution? First, the customization. Consumers will choose what content they want and when they want it. Whether it’s subscription services like Netflix or specific channels like, say, HBO’s Internet Channel. Second, the cost. The cost will be more in the Internet service and the streaming box, instead of paying to receive 300 predetermined channels. Subscriptions to our content will have to decline, as we see with Netflix subscription rates compared to that of a typical cable plan.

A few final talking points if pay TV as we know it today will move online and stream to our living rooms. 1) Live Newscasts; 2) Live Sporting Events; 3) Local News; 4) Advertising and 5) Local Advertising.

Live News is already happening on Roku, on the free Newscaster app. Al Jazeera streams live all day. In fact, I’m watching the live Al Jazeera stream as I write this section. So the capability is there. And Roku has a DVR-like function that lets you pause, rewind and resume the live feed. How about Sporting Events?

Xbox 360’s got that covered with its ESPN 3 app featuring live broadcasts and up-to-date sportscasts on a variety of sports. Roku’s got live coverage too including MLB TV, NBA Game Time, NHL and UFC. Local News is now streaming as well. Roku announced via Twitter on April 16 that it had added the first local news broadcast, Channel3000, a CBS News affiliate from Madison, Wisconsin. Roku pulls video from Channel3000′s website and makes it playable for free on the Roku player.

National News is better than ever on-demand with Xbox 360’s NBC News channel. Update: Roku introduced an NBC News channel in December of 2011, as well as CNBC Real-Time and Wall Street Journal Live.

Now Advertising. Hulu Plus has done the best job of incorporating video advertising into its content, using the pay TV model, ads within programming. A few of Roku’s internet apps have video ads as well as banner ads. How about Local Advertising, targeted just like Internet banner ads, based on location determined by the user’s IP address? But probably the greatest potential for the future of TV advertising is the connectivity. Imagine a television ad with a purchase, more info or social media one remote-click away.

It’s like cable, only customized and connected to the Internet. And on the consumer’s schedule. Almost as if every show on TV was Tivo’d for us. The consumer decides not only what content is displayed on his or her dashboard, but when it’s on.

Within the next 10 years, I see the Internet as our means of distribution for all television content. As broadband access becomes ubiquitous, like mobile phones and smartphones after it, the future of pay TV will be clear. Combine Netflix’s vast library of TV and Movies, Roku’s app-interface with the ad-model of Hulu Plus  and mix in ESPN3’s live sports on Xbox 360 and you’ve got the future of pay TV.

We have the capability of all of these services today. It’ll just take someone to put it all together.

The future of TV is one box, connected to all of our subscriptions and video content including Movies, TV, News, Sports, Weather, Netflix, Hulu Plus, Local News channels, Live News and Live Sports. All at our fingertips. A media hub, allowing consumers to pick and choose the content they’d like displayed on their dashboards. A La Carte television. Complete consumer control.

Excited to try out this new @Google Beacon #GoogleBeacon #ProjectBeacon 👍 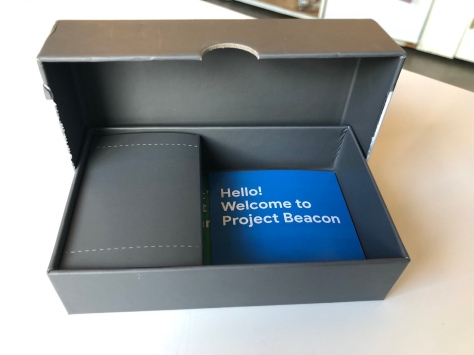 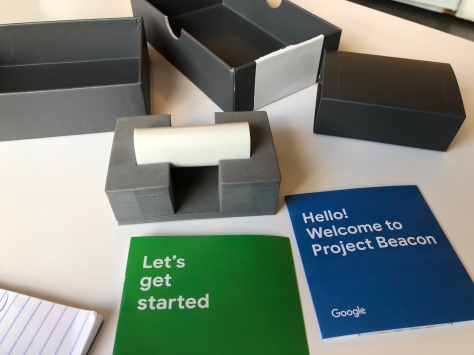 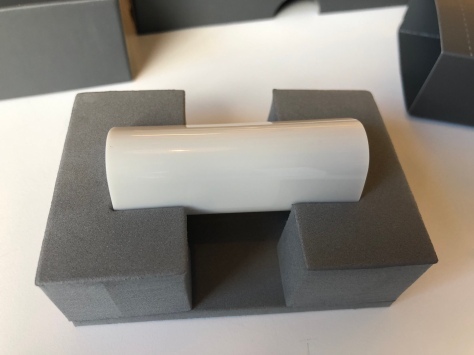 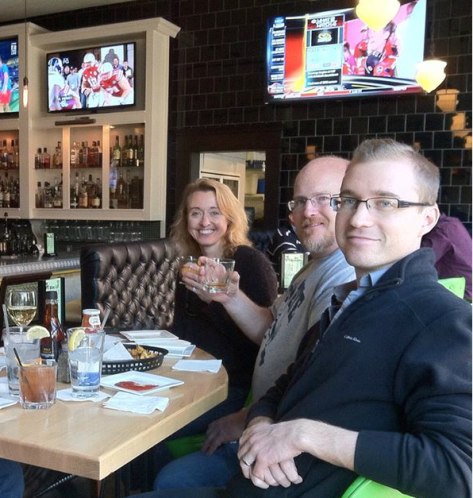 Lunch with Kim Kulchycki at BevMo!; Jay Hauser of Facebook; and Eric Zimmett. 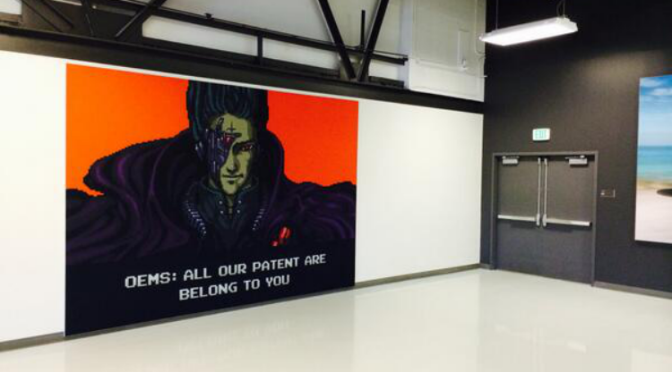 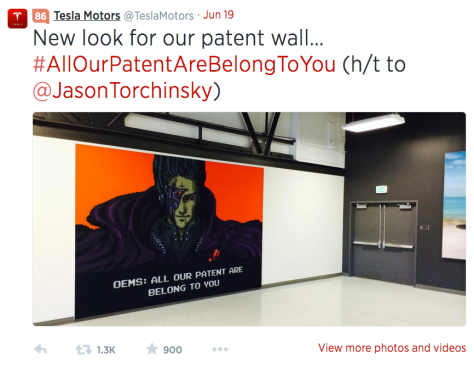 Tesla added some geek art to its “patent wall” according to an @TeslaMotors Tweet on Thursday.

The Tweet comes on the heels of an announcement by CEO, and real-life Iron Man, Elon Musk that Tesla would let other manufacturers infringe on its patents in an effort to accelerate innovation in the electric-car sector.

The image is in reference to the intro screen of Zero Wing, which featured a broken-English phrase “All Your Base Are Belong to Us.” The phrase has since become an Internet meme. 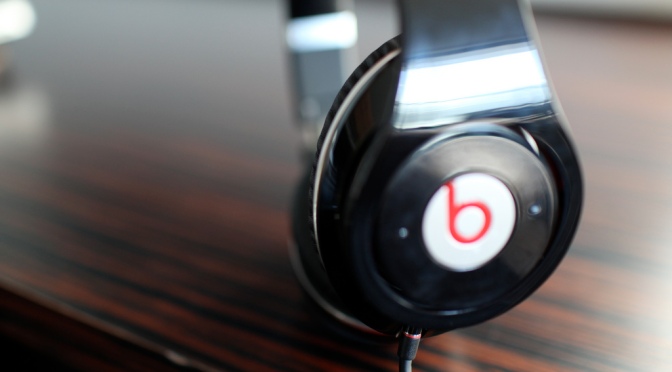 Apple today confirmed its long-rumored acquisition of Beats Music and Beats Electronics for a total of $3 billion, according to a Beats press release. 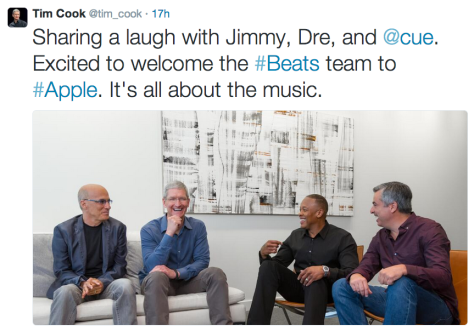 It’s a three-pronged acquisition including the acqui-hire of Beats co-founders Dr. Dre and Jimmy Iovine; Beats subscription streaming service; and the Beats hardware.

“Music is such an important part of all of our lives and holds a special place within our hearts at Apple,” said Apple’s Tim Cook in the Beats Press Release. “That’s why we have kept investing in music and are bringing together these extraordinary teams so we can continue to create the most innovative music products and services in the world.”

“I’ve always known in my heart that Beats belonged with Apple,” said Jimmy Iovine. “The idea when we started the company was inspired by Apple’s unmatched ability to marry culture and technology. Apple’s deep commitment to music fans, artists, songwriters and the music industry is something special.”

Beats Music is a subscription streaming service that generates customized playlists based on a user’s musical tastes — similar to Pandora’s Music Genome Project, as well as other recommendation platforms. Another Bill Murray story is making the rounds online today, though this one has video footage.

As Stephen wrote to Deadspin:

Over Memorial Day weekend, 20 of my buddies from Boston College got together in Charleston for our friend EJ’s bachelor party. At one point during dinner at a steakhouse, one guy goes to the bathroom downstairs and sees Bill Murray sitting with some people with a fishing vest on. We talked to the waiter to see if we could send him some drinks, to which Bill declined. One of my buddies then went down and asked if he’d come up and say a few words for EJ and got a ‘No thanks.’ My buddy comes back up dejected and tells us it’s not going to happen. Two minutes later, Bill fucking Murray walks into the room and gives this speech.